The Spanish love a good party and there’s always a fiesta happening somewhere in Spain, from the tiniest village get-together to the vast extravaganzas of Valencia’s Las Fallas, Tenerife’s Carnaval or the Feria de Abril in Sevilla. Most are based on a historic or religious event – or so the protagonists would have us believe – but there are plenty that are just plain weird fiestas, an opportunity to eat, drink and be merry in copious abandon. 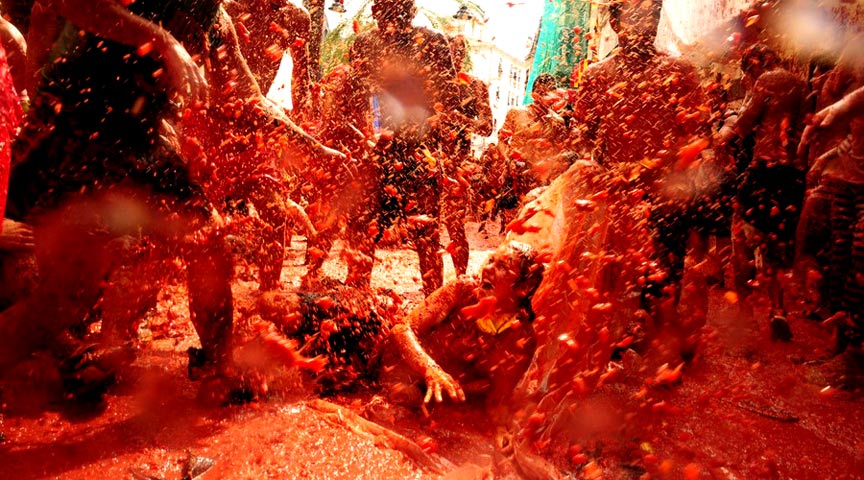 In 1943 a drunk in Buñol, Valencia, was wandering across the square in front of the town hall on market day singing – badly – ‘Amada Mio’ from the Rita Hayworth film, ‘Gilda’, using a funnel as a megaphone. Shoppers and stall-holders alike objected to his raucous rendition and began to pelt him with fruit, and as some of it missed the intended target and hit other promenaders, a salad battle soon filled the square.

Through bannings, prison sentences, public uprisings and even a parade for the ‘funeral of the tomato’, La Tomatina has become one of Spain’s most popular fiestas. The orgy of squashing and slinging begins as an avalanche of tomatoes are gathered up and hurled around the square. For an hour from eleven pm on the last Wednesday in August the crowd, wearing huge Mexican sombreros, luminous waistcoats, and any other outrageous outfit it deems suitable for the occasion, slithers in the bright red slush, until on the last chime of twelve a second shot is fired and the exhausted throwers sink wearily into the puree. 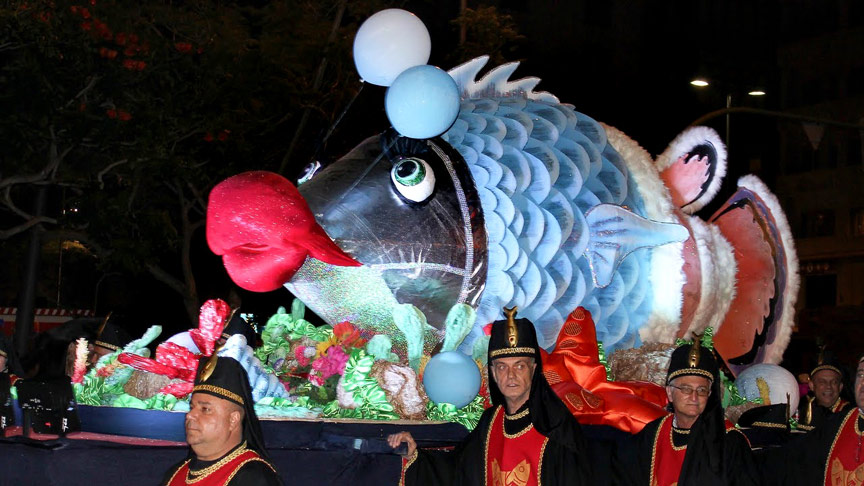 The Burial of the Sardine is the tongue-in-cheek parade that ends Carnaval, and is pretty high on anyone’s list of weird fiestas. One story claims that the sardine is buried to bring luck to all of the fishermen who will be responsible for feeding everyone throughout the forty days of meatless lent. Madrid even has its “Happy Brotherhood of the Burial of the Sardine”, and in Cuevas del Almanzora in Almeria, for reasons unknown, the proceedings include a cleric wearing only a bishop’s cape and mitre, carrying a hunk of lard shaped as a huge book whose centre pages are garnished with Spanish sausages. A supporting cast of four widowers who carry the corpse of the sardine on their shoulders and a widow represented by a man, complete the ensemble. 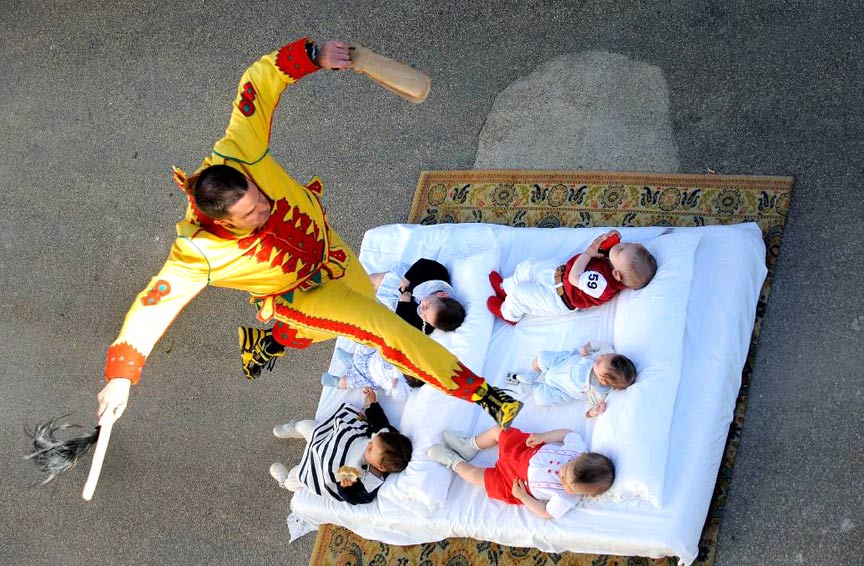 El Colacho is one of the most bizarre of Spain’s many bizarre fiestas.  Since 1620, on the Sunday following Corpus Christi, men dressed as the Devil have jumped over babies who lie on mattresses in the street. The festival is seen to purge the town of evil, and when the devil jumps over the babies, he takes all their evil with them and the children are cleansed. The origins of the tradition are unknown but it is said to cleanse the babies of original sin, ensure them safe passage through life and guard against illness and evil spirits. It is seen as an honour for the participating babies.  In recent years, Pope Benedict asked Spanish priests to distance themselves from El Colacho, and to downplay the tradition’s connection with Catholicism, as the Church still teaches that it is baptism by water, not a giant leap by an airborne devil, which cleanses the soul of original sin. Even though there are no reported incidents of babies being crushed by devils hooves, various sources rate it as one of the most dangerous in the world – for the babies, one presumes, not the devil. 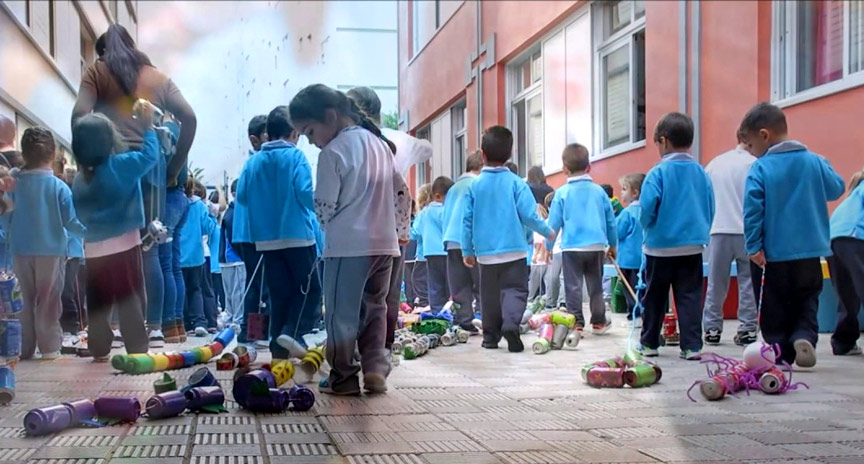 Pamplona may have its running of the bulls, but Puerto de la Cruz has its own version. On the eve of the Fiesta de San Andrés, (29 November), small children run through the streets dragging cans tied to a piece of string, making as much noise as they can. As the evening wears on the pullers get bigger and the metal heavier and noisier; old microwaves, washing machine drums, exhaust pipes, with so much weight that it takes up to five in a team to pull them. A leader points out obstacles the team can hit to make the loudest noise possible. The fiesta ties in perfectly with local bodegas opening their doors to sample the new wines. As weird fiestas go, this one should have a government health warning.

Read more about Spanish fiestas at