A ten-minute stroll from Istanbul’s Grand Bazaar is a small graveyard with tall, ornate bas-relief carved headstones. Beside it a low, stone-arched entrance leads to a narrow alleyway, which in turn opens into a step back in time; Erenler Nargile ve Çay Bahçesi, a one-hundred-year-old nargile café set in a three-hundred-year-old mosque, the Ali Pasha Medrasa. You can’t miss the building, the aroma as you walk by is unmistakeable, perfumed and heavy. 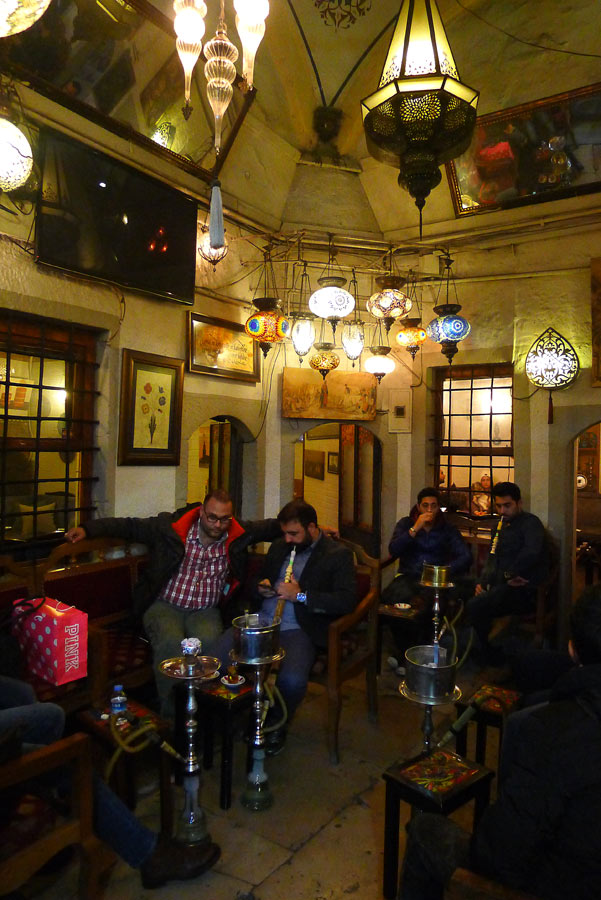 A nargile is known by many names – hubble-bubble, hookah, shisha, cachimba – but it comes down to the same thing; a water pipe with a five-hundred-year smoking tradition, which, contrary to popular belief, is used for smoking aromatic tobacco, not hashish or any other kind of narcotic.

I sit in an ancient room on a banquette of red and gold below domes decorated in looped and swirling designs in blue and maroon, cracked and peeling with age. On walls that haven’t seen a coat of paint for generations hang scenes of ancient Istanbul and complex designs of intricate calligraphy, their oils and glass dulled with decades of smoke from the thousands of pipes that have been smoked over the decades. Clusters of brightly coloured lamps hang from the ceiling, the glow from their delicately pierced metalwork casting filigree shadows. Around me groups of men and the occasional woman sit, drawing on their nargile. From the area where I sit, three smaller rooms radiate, like cosy little snugs in an English pub. If it weren’t for the iphones and modern clothing it could be an image from a century past.

The water pipe originated in India by emptying a coconut and dipping in a straw. It arrived in Turkey in the 16th century, with a tube replacing the straw and a glass bowl the coconut. By the end of the Ottoman Empire, to be invited to smoke a nargile with the sultan was considered the greatest of honours. 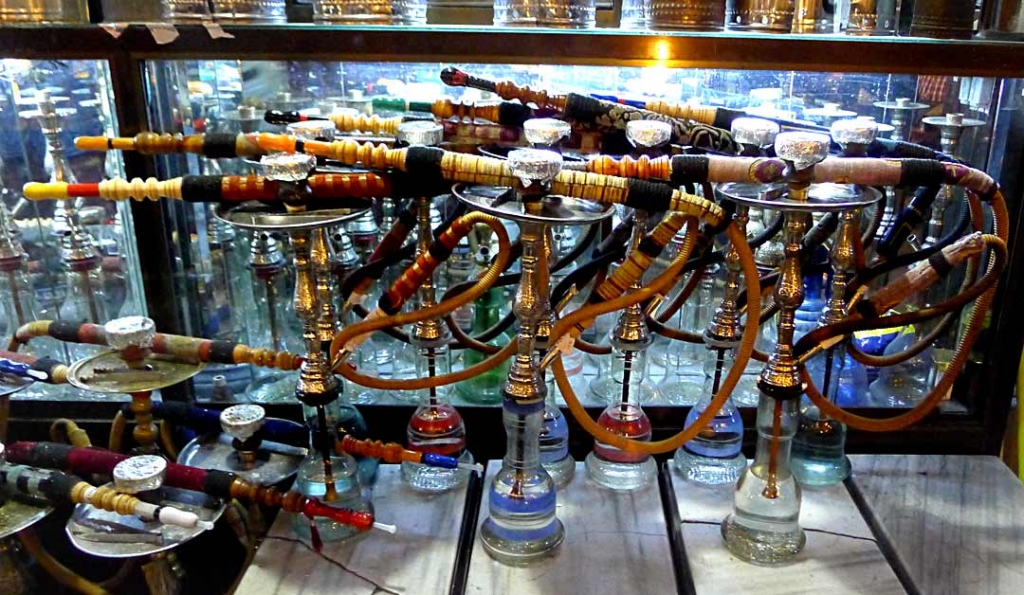 My pipe is brought and set on the floor beside a small table. By the entrance to the café a narrow brazier glows with charcoal, scooped into metal pans with long wooden handles, and brought to the pipe to heat the apple tobacco I’ve chosen, the residue flicked on to the round metal lip below the clay bowl that holds the tobacco. Beside the brazier a long row of pipes await preparation.

From the long-necked glass bottle of the nargile (the gövde) a decorative metal section extends, at the base of which is a long flexible tube (the marpuç), used by the smoker to draw the smoke through. At the top of the metal section a circular tray acts as the collector for the charcoal that sits on thin pierced foil that covers a small clay bowl (the lüle). In the bowl is the flavoured tobacco – orange, apple, lemon, amongst others. The glowing charcoal is placed on the foil and by drawing through the pipe and the gövde half-filled with water, the tobacco smoke is inhaled, and either exhaled in the same breath or left to linger in the mouth like a good cigar. 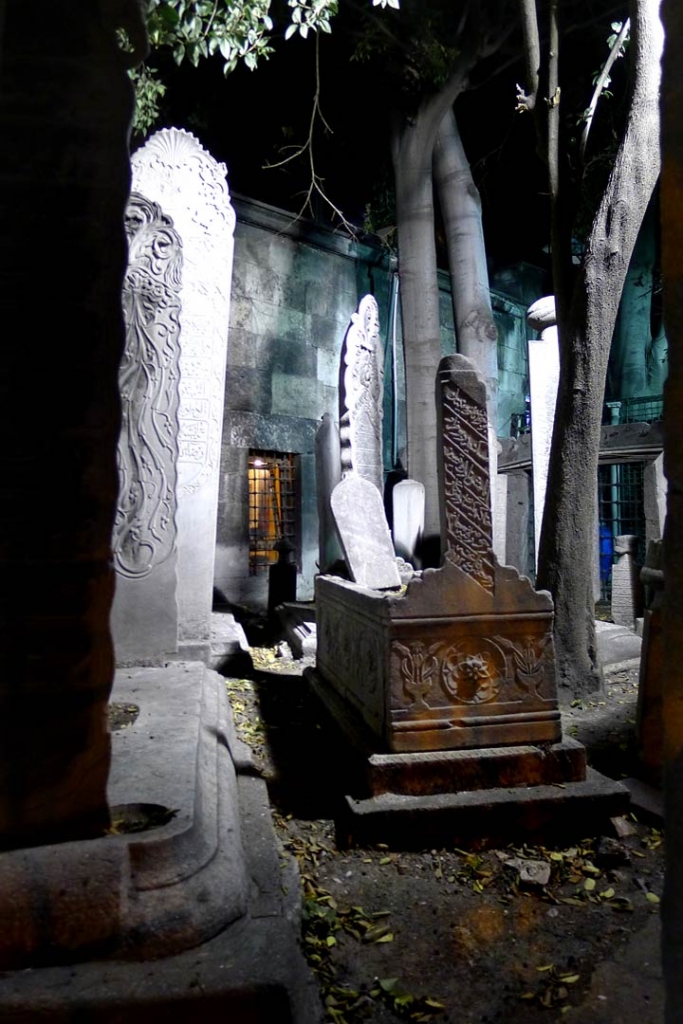 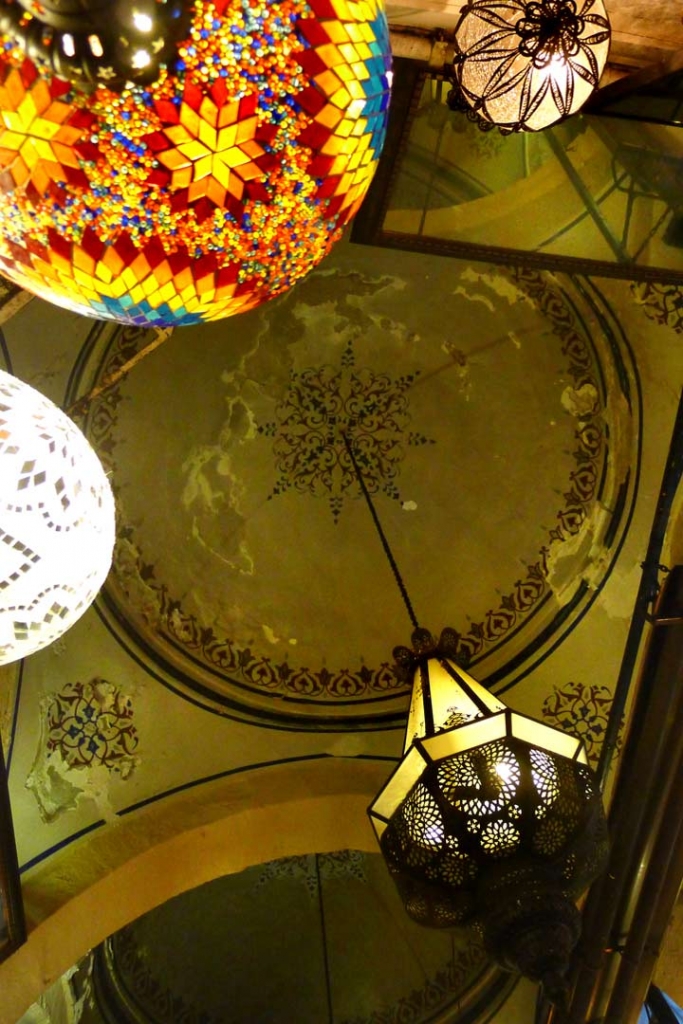 As I draw on my pipe and sip my apple tea I feel myself getting very slightly stoned, nothing to at all do with any illegal substance but due more to the fact that I am a life-long non-smoker and it’s at least ten years since I smoked a cachimba, a gift from an Egyptian friend, and the soporific effect of the tobacco is working its languishing charms after a soggy day of frustrations. Almost on cue to my pipe being fired up a muezzin chanting the evening call to prayer filters through the hubble-bubble of conversation.

For forty-five minutes I sit and let the soporific effect ease my tensions. I feel myself settling, but the sweats are on me and I know my time is up. From past experience I know that if I keep smoking I’ll slowly slide over and fall asleep, and I envy the years of experience of those around me who can happily puff away. I hope I can make a graceful exit.

is open till 2am and located on the tram line between Cemberlitas and Beyazit/Grand Bazaar stations.