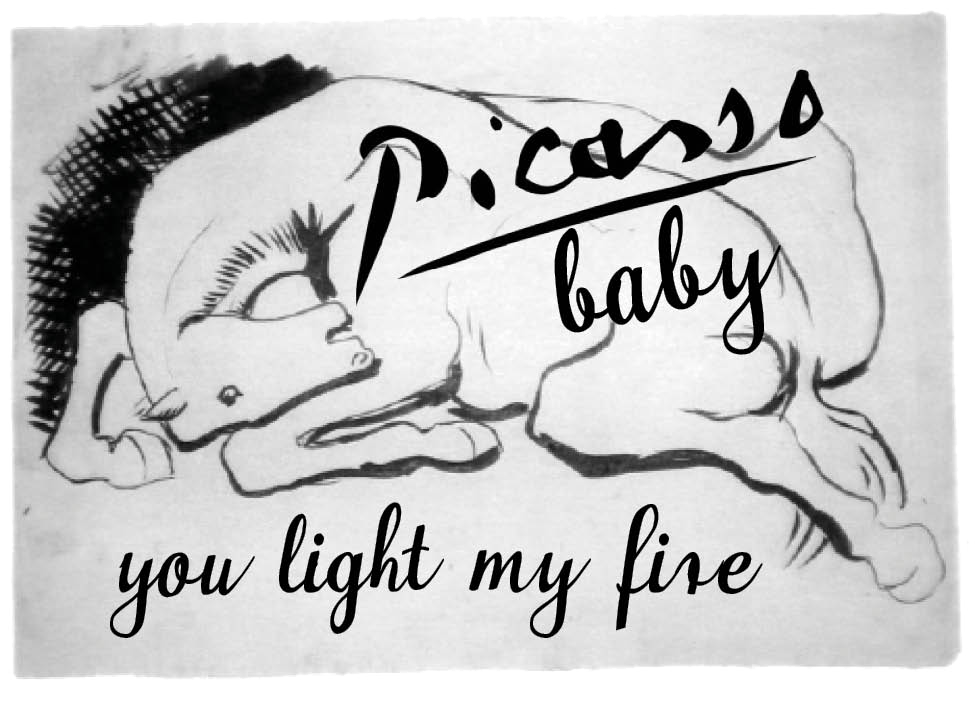 I was chatting with my friend Aurelia about 75-year-old Pierre Le Guennec, the electrician who had come forward a few years ago with a collection of 271 paintings by Pablo Picasso, valued at around £43million, which he said the artist gave him while he was installing security systems in various houses in the three years before Picasso died 1973. (An intriguing story that you can read more about HERE.) Picasso was known to give some of his images away – the museum of Eugenio Arias, Picasso’s barber, in Buitrago del Lozoya is a case in point, but Aurelia told me a story that tickled me pink.

The artist was known for his keen interest in bulls and the bullfight, and one of his friends during the 1950s was Luis Miguel Dominguin, arguably to top torero in Spain at the time. Dominguin’s farm, La Paz, near Saelices in Cuenca Province, was home-away-from-home for some of the most famous aficionados of the bullfight at the time, such as Hemingway and Orson Wells, and he was known for his flings with cinematic beauties, Lauren Bacall, Rita Hayworth and Ava Gardner amongst others.

During his stays at the farm Picasso would wander the small villages and workshops, making rough sketches of agricultural workers, local artisans and the like, sometimes using the images in his finished works.

About twenty years ago Aurelia, who was born in the small village of Saelices and still has family living there, was chatting with her grandmother, Cesaría, when the image of Picasso suddenly appeared on the TV screen. ‘That’s Don Pablo,’ she said excitedly. “I haven’t thought of him for years.” A bit taken aback that her grandma should even think of Picasso in the first place, Aurelia asked how she knew his name.

During the 50s the family had a small factory making the curved roof tiles that are commonplace on Spanish houses, and Cesaría’s father used to do the rounds of the local towns pulling a cart and selling his wares. Picasso was interested in ceramics and how the local artisans used the mud, and quite often would turn up at the factory – and when we say factory, it was more like a shed in the back yard – and watch what was going on. He was an inveterate sketcher and was always drawing on something, whether it was a drawing block or the side of a bit of newspaper. Often he’d get so carried away he’d simply tear the sketch off, chuck it aside, and begin another study. Cesaría would pick them up when he left and put them in a wooden box.

It was enough to know that her gran had been on chatting terms with Picasso, but to know that somewhere there might just be a collection of undiscovered sketches tucked away nearby had Aurelia’s pulse racing.

“And what did you do with the box?” she asked nervously.

“Oh, that was great. It was really good paper, and that was difficult to get hold of then, so we used to use a couple of drawings each day to light the kiln. It burned really well.”

I’ve never known Aurelia stuck for words, but you can bet your bottom dollar she was then!