The name Luis de Santangel is virtually unknown, but without him the United States of America wouldn’t exist. A Jewish banker resident in Valencia, Spain, his family had converted from Judaism to Christianity a couple of generations earlier, more on the basis that as bankers to Spanish royalty a  Christian crown couldn’t be seen to be borrowing money from a Jew than any change of religious ethic.

de Santangel was a pal of Christopher Columbus, and in 1486 when the sailor wanted to put the idea of finding a new route to Asia to King Ferdinand and Queen Isabella, Santangel acted as  intermediary. Los Reyes Católicos turned him down, but just as a major petrol company these days might have said to the first person who came up with the idea of an electric car, “Look, we don’t want to develop your car, but here’s a few thousand a year for you not to take it anyone else,” the King gave Columbus an annuity of 12,000 maravedis (about €650 at today’s rate) not to hawk his idea elsewhere. To keep him sweet, three years later he was given documentation that could be usde to get free bed and board in any Spanish municipality. 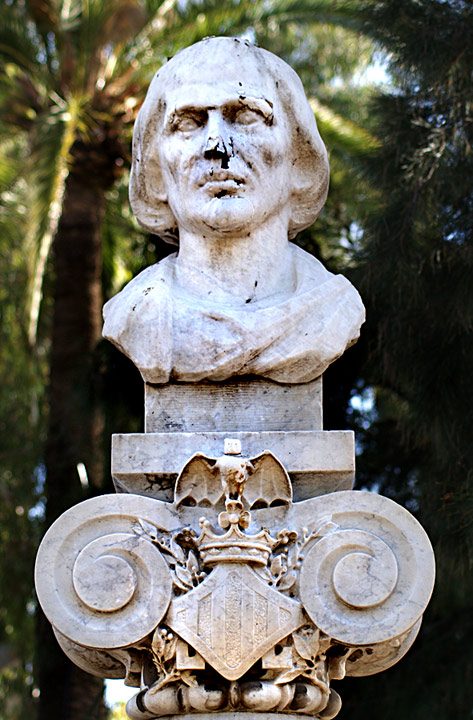 When Columbus had had enough of this and was about to offer his services to the French King, Charles VIII, his big pal Luis de Santangel had another go at Queen Isabella, this time convincing her that the prospect of converting Asia to Christianity made the voyage worth the risk, not to mention that there might be a few maravedis to be made.

The story goes that Isabella pawned her jewellery to pay for the trip, but she didn’t, Luis de Santangel stumped up, and not so that she wouldn’t have to hock her diamonds as the fable tells us. In much the same way as if the Mafia asked you to lend them a few bucks to finance a little scheme and you thought it wise not to say, “Not this time thank you, Don, I’ll pass,” Santangel knew what was good for him and raised the money to finance the voyage of discovery, even going so far as to put in a fair amount of his own.  Isabella’s beads were symbolically put up as collateral for the ‘loan’.

To be fair, Luis de Santangel did cut a deal for a fair percentage of any profits, (and probably all of the losses if the adventure had gone belly up; it would have taken a brave – or incredibly stupid – heart to hang on to the Royal Jewels if it had ended in disaster), and he was given the right to receive the first letter from Columbus, if indeed a new route to the Indies was found.

Even after the success of Columbus’ little venture and de Santangel’s part in it, his family was persecuted during the Spanish Inquisition. His older cousin of the same name was beheaded during the religious ferment, but because of his service to Spain, on 30 May 1497, Luis de Santangel had his blood officially ‘cleansed’, much like a papal dispensation could write off a Catholic’s peccadillos if he came up with a large bundle of cash or had enough clout. Ferdinand proclaimed in a royal decree that Luis de Santangel and his family, present and future, were to be protected from the Inquisition.

At the  L’Iber Museo de Los Soldaditos de Plomo, the Toy Soldier Museum in Valencia, Spain, which houses the largest collection of miniatures in the world, a diorama of a room in the house of a 15th-century nobleman shows the transaction taking place. In it a group of tiny figures, each no more than two inches tall, stand beside a wooden table on which rests a golden crucifix and a leather case with metal studs. The figure of a lady in a blue dress and crown is conversing with someone across the table, an elegantly dressed man in a maroon jacket, green trousers and leather gaiters, with a sheathed dagger hanging from his belt; Queen Isabella of Spain and Luis de Santangel. (The story of the Museum is featured in The Smithsonian Magazine .) 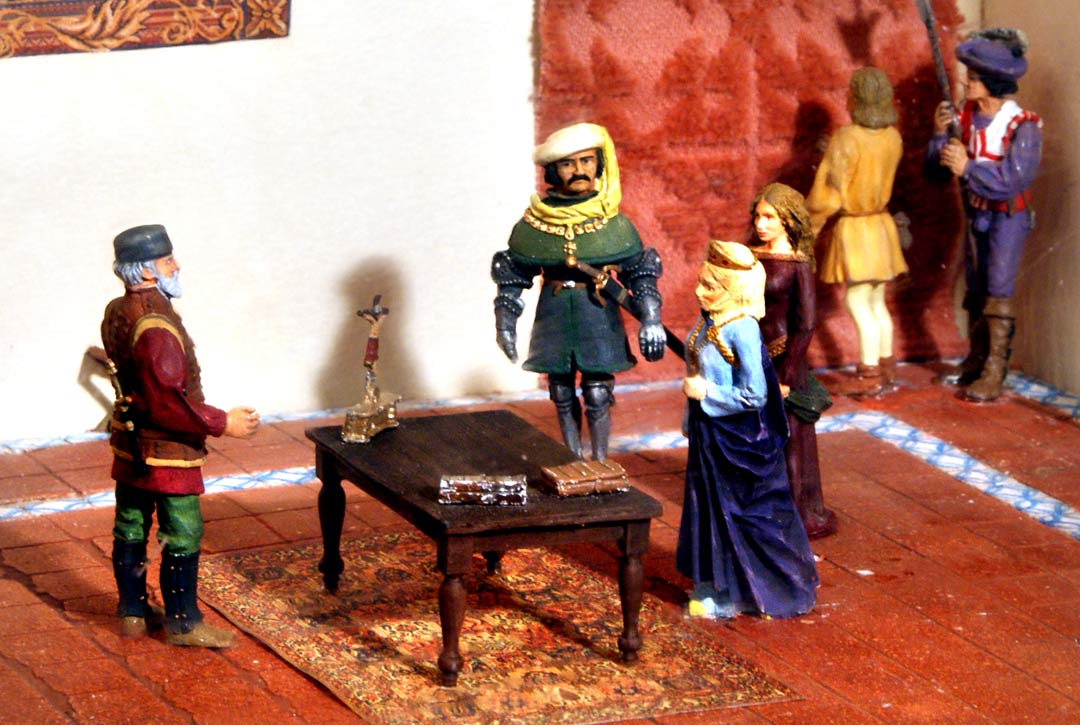 So what does Valencia, the city that hosted one of the most important moments in history, the agreement by Luis de Santangel to fund Christopher Columbus’ jaunt to the Americas, do to promote one of its most famous sons? Nada, rien, bugger all, other than, that is, a street named after him and a small bust on a pedestal by the side of the dried up River Turia, where the head of Luis de Santangel has something black running from his nose that makes him look as if he has a virulent cold. Half way down the pedestal is a plaque that reads:

(Luis de Santangel Generous Co-operator in the Discovery of America)

which is like saying that the orange had a little something to do in the creation of a glass of orange juice.