The Thai way of life can be described in two words (or more strictly speaking, three), sabai sabai, meaning relax, enjoy yourself, have a good time, and sanuk, fun. This easy going acceptance of most things spreads to many aspects of Thai culture, even seeping into the decoration of their temples. Fat laughing ladies, Mickey Mouse clocks, miniature farms of the phantasmagorical sit happily alongside gilded effigies of Buddha in any one of his hundred-plus personifications. To a western mind it can appear to be verging on the kitsch at times, but if it is then it’s kitsch with feeling, a sense of joyfulness. And Chiang Rai in the north of Thailand is certainly the country’s Capital of Kitsch. 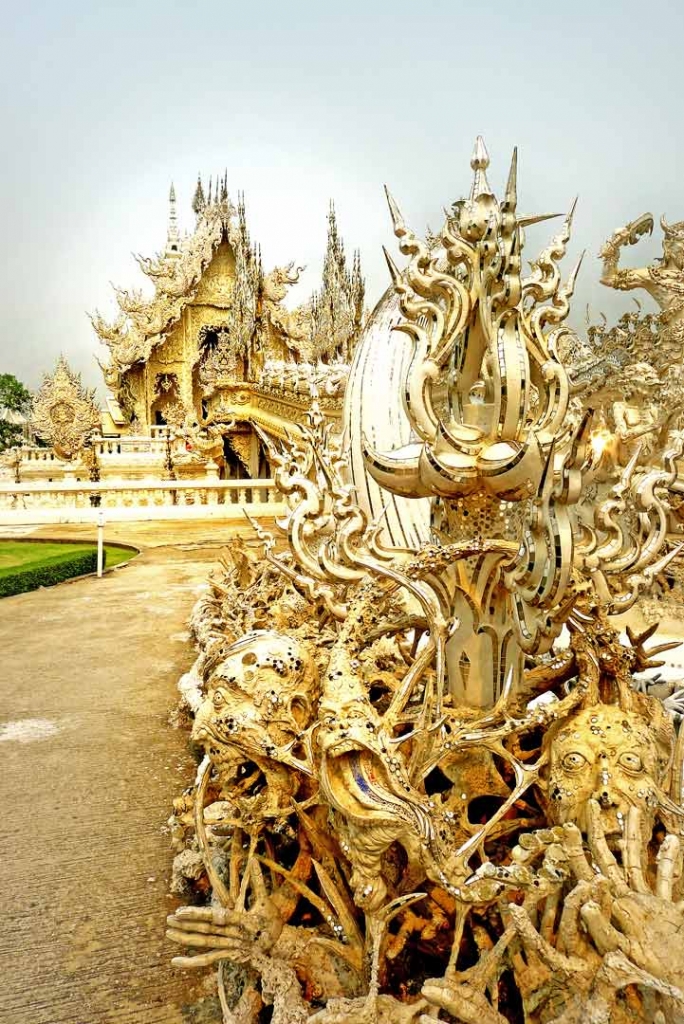 Wat Rong Khun, The White Temple, the best known wat in Chiang Mai. The ultimate wedding cake architecture with outrageous sculptures covering every square inch and internal murals that feature such unquestionably religious figures as Elvis Presley and Michael Jackson, a panoply of superheroes, the New York skyline, rockets coiled in the tentacles of enormous monsters and robots galore. At various times a few Buddhist traditionalists have voiced their displeasure at 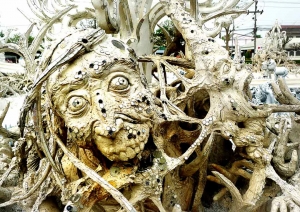 the sacrilege but everyone else regards it with a bemused smile. 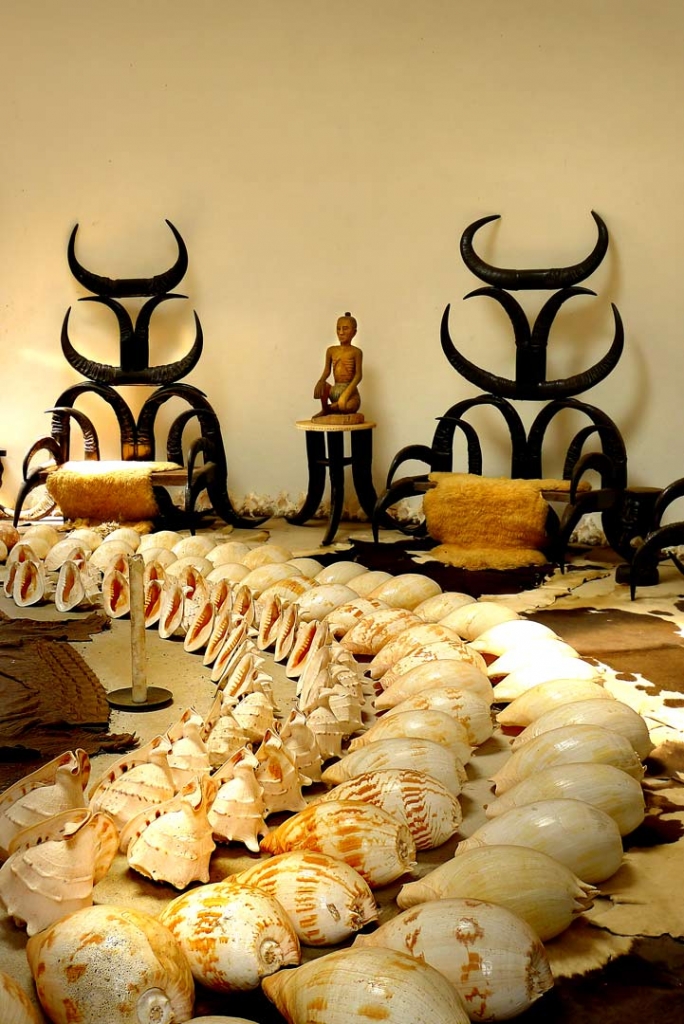 As counterpoint to the lightness and spirituality of the White Temple, the Black House (Baan Dam) is said to represent the darkness inside man, and the preponderance of cow and buffalo skulls, horns and bones, many made into uncomfortable-looking chairs draped in snake skins and leopard pelts, makes it pretty clear that Thawan Duchanee, another nationally renowned artist who conceived of the museum, had a fairly dour nature tucked away inside.

Darkness aside, the park is a rambling array of lovely wooden buildings with the appearance of traditional homes built around a shady village green. They are filled with an eclectic collection of object d’art, ninety-five per cent of it in wood; enormous plank tables, African masks, huge ceremonial drums on wooden-wheeled carts, dug-out canoes, intricately woven bamboo and basket ware, with not a single label to explain why, what or where from. It is a movie-makers dream emporium for gothic set dressing. 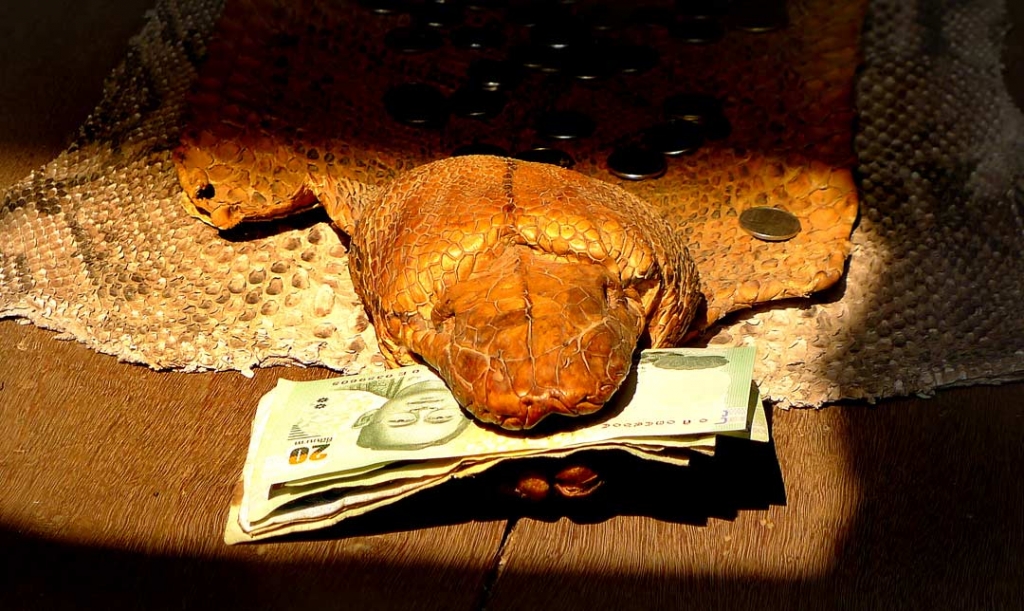 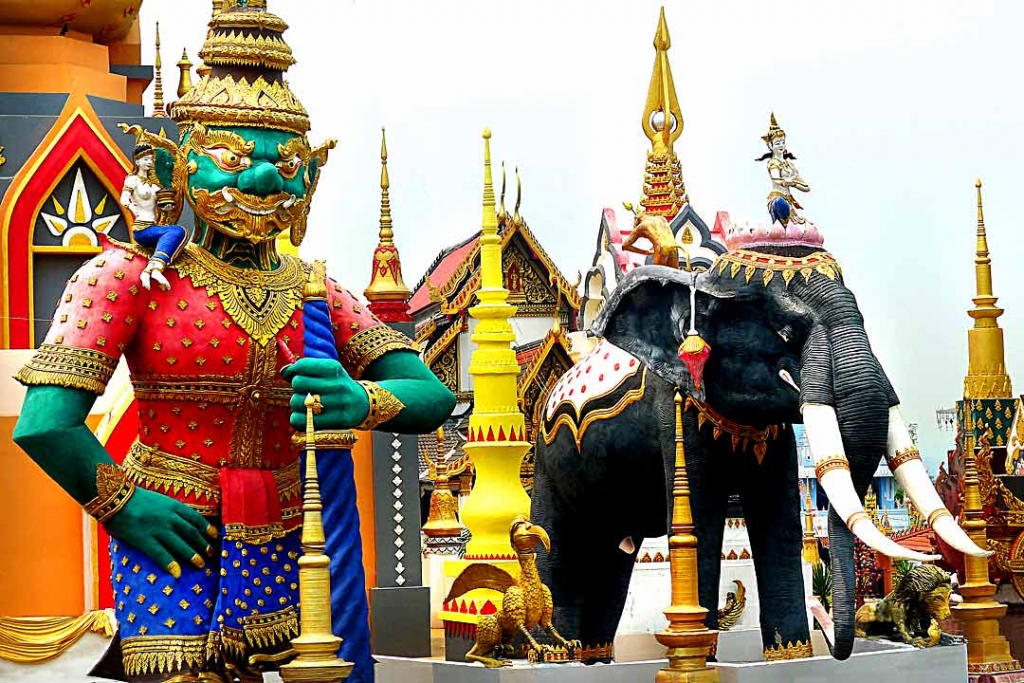 One of the lesser known temples of Chiang Mai but to my mind probably the most gaudily delightful, Wat Huay Sai Khao is a twenty-kilometre drive south of the city but worth driving every one of them for its sheer visual delight. It may seem like a Disneyesque playground in Burmese, Hindu and Islamic styles, but this is also a functioning temple, designed to illustrate that all religions can peacefully co-exist, open to everyone to celebrate their individual faith. But where many religious edifices demand dignity and solemnity, Wat Huay Sai Khao draws out the playful, the joyful, the sense of sanuk.

Bright and colourful, with a gigantic statue of Dvarapala bearing his fearsome scowl guarding the entrance, gawping sheep with welcome signs hung around their necks to counter the guardian’s grimace, gods on rockets, axe-waving hunters on buffalo –  children have a wonderful time here, treating it as a large playground more than a religious edifice – and no-one minds at all. 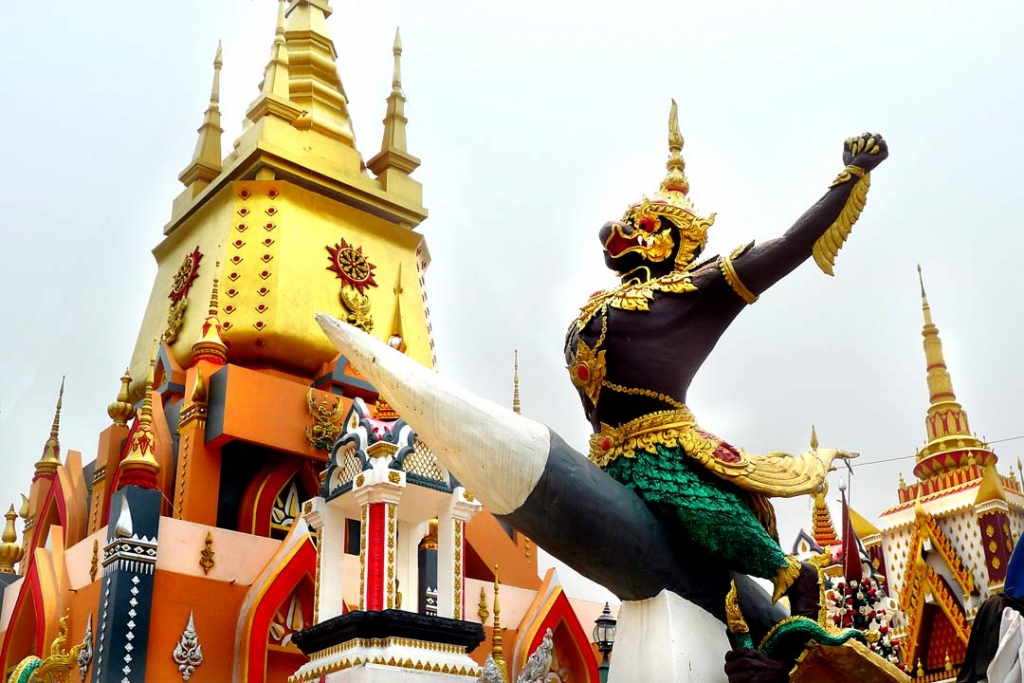 Whatever else you do in Chiang Rai you must get yourself to the golden clock tower at the junction of Jet Yot and Baanpa Pragarn streets at seven, eight or nine on any evening. Hoh Nalika Chalerm Prakiat, to give it its formal name, was designed by Chalermchai Kositpipat, he of the White Temple fame, and the ornate structure has all the curlicues and embellishments to be found on said temple. But as impressive as the clock might be, it’s the nightly son et lumière that brings on the smile.

As the hour strikes the clock tower begins to change colour, washing through red, blue, yellow, pink and purple light accompanied by Thai orchestral music. After five minutes a moment of stillness occurs before suddenly bursting into life once more with a rousing solo from a full-voiced lady, with the lights continuing their colourful cascade. The whole show lasts for ten minutes, which makes you think that some of the locals would much prefer the traditional bong, bong, bong to chime the passing hours. 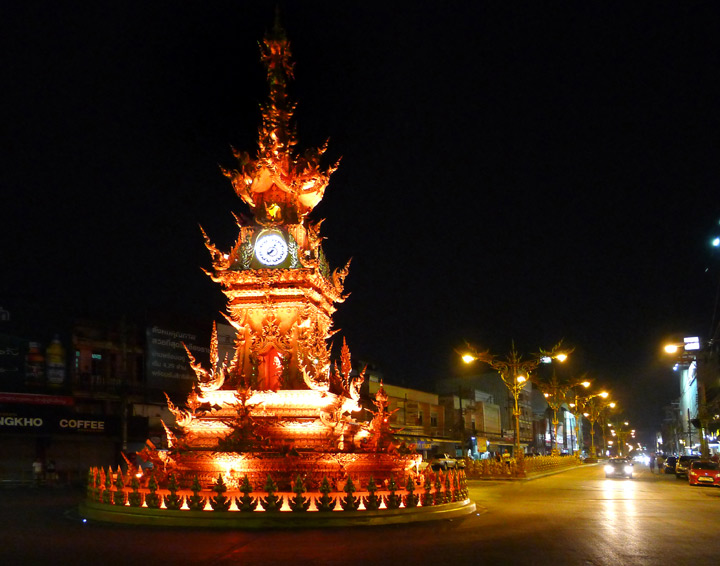 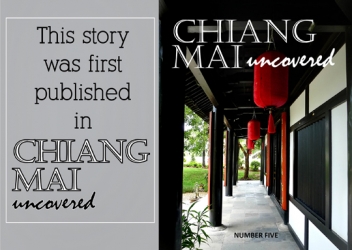 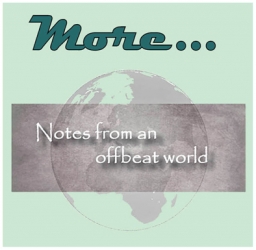