The first major museum in Turkey dedicated to the history of transportation, industry and communication, Rahmi M Koç Museum of Transport in Istanbul is a glorious collection of all things moveable; to describe its contents is simply to list the exquisite.

From the moment you enter the beautifully restored 19th-century dockyard set on the north shore of the Golden Horn, the Rahmi M Koç Museum of Transport envelopes you in the warmth of childhood memories. Meticulously modelled trains and trams; exquisite 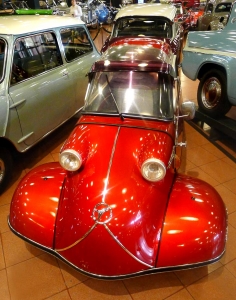 dioramas of Victorian life with enough beautifully constructed dolls houses to make any little girl squeal with delight. A Victorian-era toy shop at Christmas time is complete with kids queuing excitedly to sit on Santa’s knee, eagerly anticipating their gift, while an elegantly clad lady in green velvet dress takes a photo with a bellows camera perched on a wood and brass tripod. The Christmas photo may have been usurped by the digital selfie but the giddy happiness of sitting on Santa’s knee and whispering in his ear your list of wishes for Christmas Day gifts stays the same. Some things in life just don’t change.

The car display has me drooling; a multi-coloured display of the gloriously sublime to the simply ridiculous. A banana yellow Buick convertible with white wall tyres waiting for James Dean to lean over the door with a cigarette packet tucked in his T-shirt sleeve (although Dean turned up his toes on September 30, 1955 in the latest model Porsche, nicknamed ‘Little Bastard); a ferociously-finned Cadillac from the 1950s, so long I have to set my camera lens on landscape to get it all in; the 1975 Otosan, the ill-fated Turkish equivalent of the VW Dune Buggy (although only 100 were sold) that looks more Moon than Dune; a 1952 MG TD, every British boys’ dream, in second place after the sinuously decadent Jaguar E-Type; a BMW Isetta 300 bubble car with its weird front-opening single door that encompassed both windscreen and driving wheel; a Ford Anglia, a copy of the model used in the Harry Potter stories, it’s number plate changed to duplicate the one used in the movies. A collection of the weirdly wonderful, the exotic and erotic of the automobile world. When I step outside and am confronted by the modern cars in the car park it saddens me to see the mindless tedium of the cookie-cutter designs that offer nothing when set alongside the beauties of only half a century ago.

I wander further into the museum, past the a double-decker London bus magically transported from its No. 52 route to Hyde Park Corner; fire engines, military vehicles, John Deere tractors, a black and rusted submarine, steam tugs, sleek speedboats, property of the ultra-riche jet-setters of the 1960s. I pass through the steam shed and see a group of school kids of no more than six or seven sitting obediently on a row of benches as their teacher calls them out one-by-one, to be photographed standing by the model driver of the horse-drawn tram car, in its heyday considered the most up-to-date form of transport in the city. 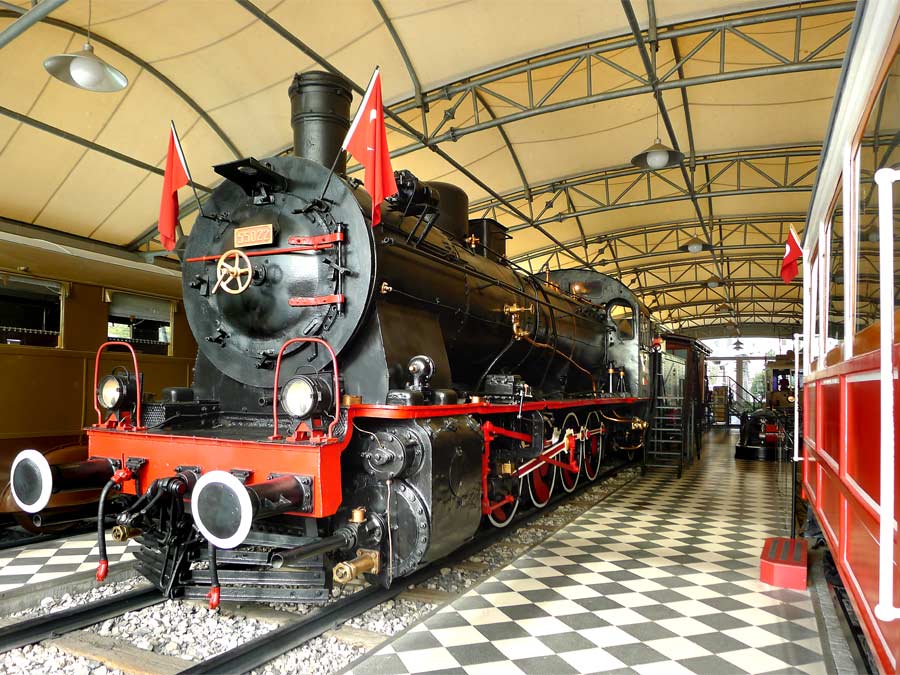 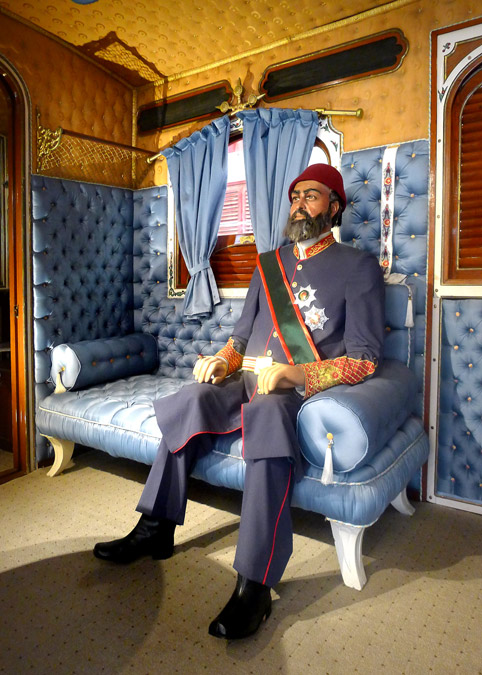 What drew me to the Rahmi M Koç Museum was something I saw from the rail of a ferry-boat on a trip up-river to Eyup Cemetery. The Fernebrache I was built by William Denny Brothers Dumbarton Shipyard in Scotland, and served it’s time ferrying passengers up and down the Bosphorus for five decades. After its final trip in 2008, after almost half a century of continual service, it found a special place in the nostalgia of Istanbul and was berthed for the last time at the Museum of Transport.

Stepping onto the Fernebrache, I step back fifty years, to my time in the British Merchant Navy – that evocative, ever-present tang of diesel oil never leaves the memory. Metal bulkheads (walls for non-nautical types) in the working areas painted a thousand times, glowing wood-panelled oak in salons, teak floors burnished by time; the history of my late teens and one I’ve dreamt of returning to so many times, even if most of the ships I sailed on have long passed through the breakers yard and the life of an Assistant Purser is little more than an ancient fantasy. Launched in 1953 the Fernebrache saw 13 years service before I set foot on RMS Deido of the Elder Dempster Line, my fist voyage, a month-long trip between Tilbury Docks and Lagos. Nonetheless, I spend a reflective few moments reminiscing about Senegal, Djibouti, New Orleans, Cape Town and Visakhapatnam, memories from later, longer trips, and the sensual pleasure of donning starched whites, the shorts, short-sleeved shirt with gold-braid epaulettes, and crisp white, 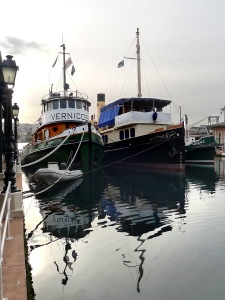 pumiced canvas deck shoes, once we had crossed the stormy seas of the Bay of Biscay and entered tropical waters. 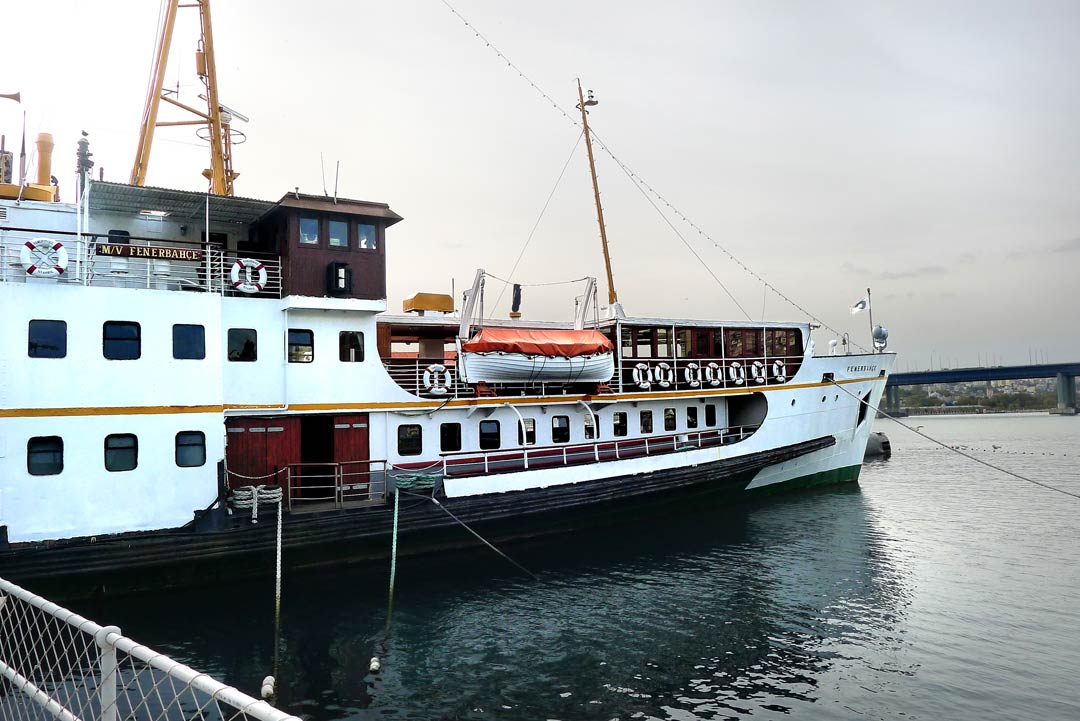 Tearing myself away from the memories of fifty years ago I visited the delightful exhibition of toys of the ‘I had one of those as a kid’ type displayed on the saloon deck. A beautiful collection of clockwork toys, the Game Boy of their time and inordinately expensive. I photograph a juggler that I’d photographed in a Spanish museum a decade ago, which shows how far they travelled when fully wound up.

They say that a modern Audi car has more technology behind it than the first moon shot and I suspect that the diesel engines that took me half-way around the world in my youth would barely be big enough to power the ferries that ply the Bosphorus these days.

The Douglas Skyliner, the most successful airliner ever built and which dominated world airline transport until the mid-1950s is displayed as if it has just taken off. Only marginally smaller than the one in which I did my first Atlantic crossing, from New Orleans in 1967, a flight to London that went north to frozen Gander in Newfoundland to save the long sea crossing.

The hour I intended to spend at the museum became two as I watched the ferry home glide onto the pier and resume its trip to Eminönü, too soon to end my nostalgic trip down memory lane and the opportunity to salivate over the fabulously sleek lines of the wooden power boats of the fabulously wealthy of the mid-19th century, when they would be found alongside the Rolls Royce’s of the ‘jet-set’ as they were know in their day.

I’m brought back to earth as I climb onto the purple bus that stops outside the museum gate and drops me at the quayside at Karaköy and my walk across the Galata Bridge to Eminönü.

Rahmi M Koç Museum gets almost no publicity but was certainly one of the highlights of my time in Istanbul. It may be just a display of old vehicles to some, but for this old fogey it was a glorious reminder of when the sleek lines of a slinky Chevy were sexy, the pungent aroma of a diesel engine and the slapping of its enormous pistons where perfume and music to my senses, and a transatlantic trip in a propeller-driven airplane was an adventure. The world of the smartphone, selfies and Google maps has lost so much, mainly the ability to just get lost and delight in what you find along the way. 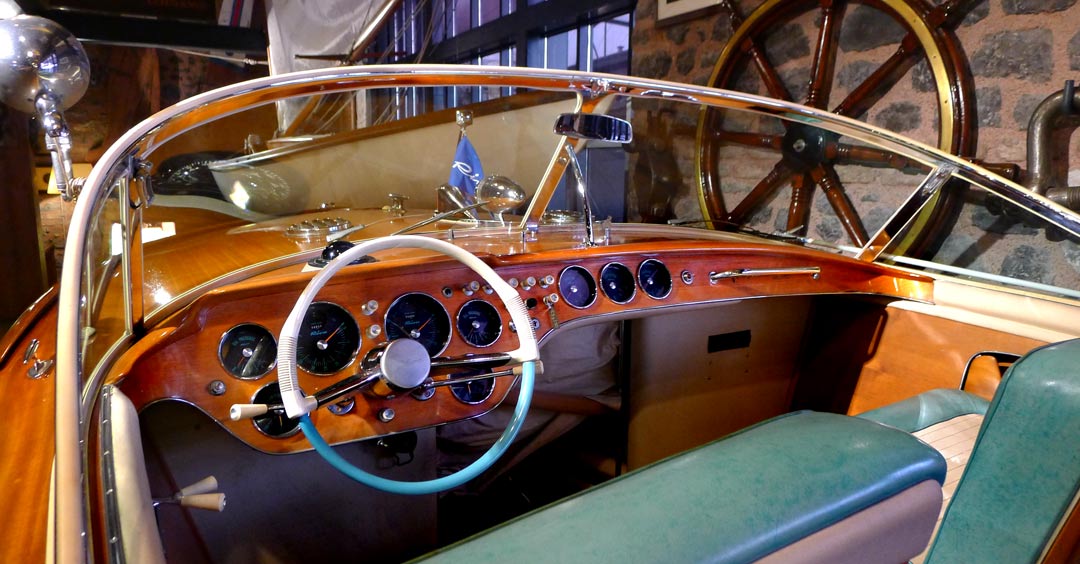 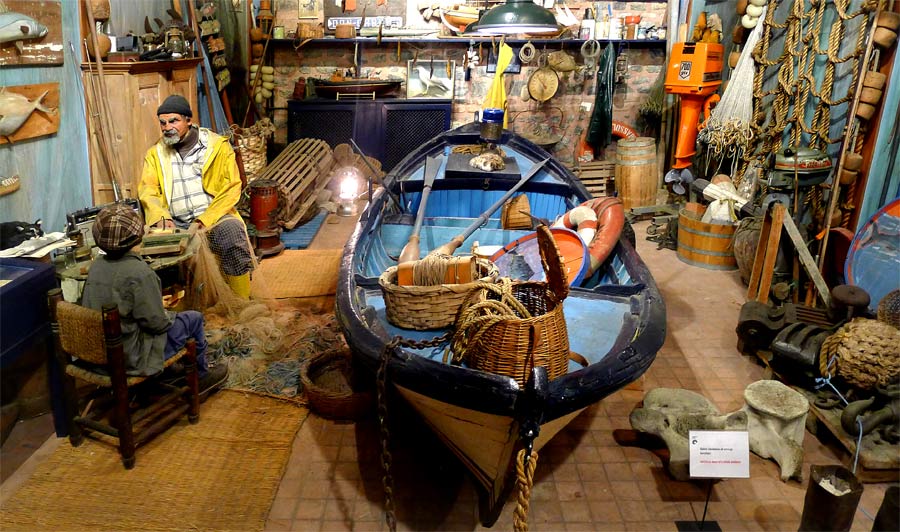 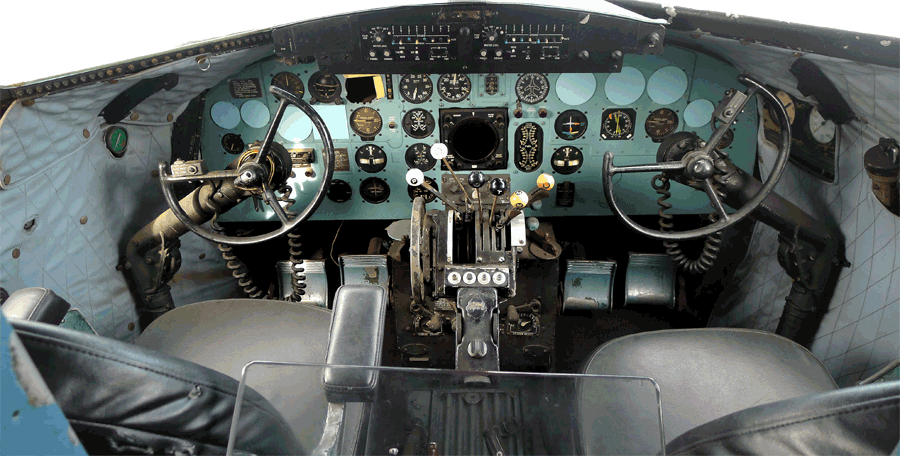